Why Do The Libs Continually Favor Illegal Immigrants & Muslims Over US Citizens?

I really hate this and it’s pervasive on the left. The PC culture of not wanting to offend anyone even if it means (and it generally does), “to hell with American citizens”.

They banned the memorial on Dallas Hall Lawn so as to “avoid messages that are triggering, harmful, or harassing.” Who is offending by American flags and memorials to victims of a major jihad attack on American soil? Geller says,

“That’s it. We’re done. Cooked like the Ramadan goose.”

This is just one of the victims being honored by this memorial, but we can’t trigger the poor little snowflakes on college campuses, or Muslims can we? The 16th anniversary of the attack is coming up, but I fear pretty soon we will not even be allowed to talk about it. 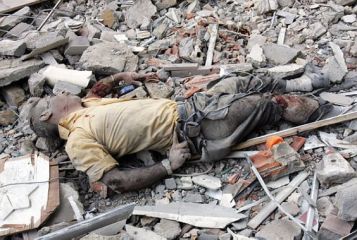 This entry was posted on Wednesday, August 2nd, 2017 at 10:37 am and is filed under Updates, WTF?. You can follow any responses to this entry through the RSS 2.0 feed. Both comments and pings are currently closed.

One Response to Why Do The Libs Continually Favor Illegal Immigrants & Muslims Over US Citizens?