I didn’t write this ‘open letter’ but I wish I had the intelligence to have done so in such a clear, compelling manner. And my most fervent wish is that everyone who reads it will pass it on. Pass it on especially to family members and other people we love and care about who may still suffer from TDS. 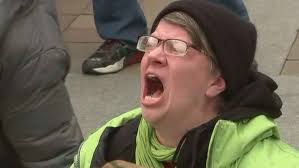 Some poor disturbed soul the day after President Trump was elected.

This entry was posted on Tuesday, July 28th, 2020 at 2:35 pm and is filed under Updates. You can follow any responses to this entry through the RSS 2.0 feed. Both comments and pings are currently closed.