Nothing else needed. Just watch this:

What do you know about the 2nd Amendment? Take this quiz.

Little weenie liberals proving once again, they are liberal except when it comes to your rights. They want to limit the size of our sodas; they want to monitor where we drive, how fast we go, whether or not we drive with passengers (mandatory black boxes in all new cars); mandatory smart meters in your homes; what you can feed your children or how many calories they can consume in school.

We have got to start doing things another way!

Watch this by Bill Whittle, the V-POTUS:

Are the President’s kids more important that yours? No of course not, but among the elite it doesn’t matter.

NObama is too crafty and wily to completely cross the line by banning guns. The 23 separate executive actions he will sign contain words and phrases like-

It’s gonna be another “feel-good, make work” program that costs a ton of money (we don’t have) and it will accomplish no meaningful change in gun violence but goes a long way to chop, chop, chop away at our liberties.

They will make it more expensive, more time-consuming & more onerous to own, buy and register guns or buy and store ammo. Basically this reduces your ability to protect yourselves against criminals with guns, but far more importantly it’s another step (drip, drip, drip) to disarming the citizenry and removing the last stop-gap between us and tyranny.

What about a whole new way of doing things? Check this out:

Comments Off on Eleven Armed Guards At Sasha & Melia’s School |

Lie, Cheat And Misrepresent; It’s What They (MSM) Does Best

Now CNN & Time Magazine have suspended Fareed Zakaria 30 days for plagiarism (Is this high school??). Of course he admitted it after he got caught, and then apologized. At Yale where Zakaria is a trustee according to HuffPo, students are expelled for plagiarism.

As a journalist, your word and your integrity used to be all you had. How do CNN & Time get away with the thirty-day detention thing? You think this Zakaria clown nicks himself as he shaves in the morning? NOT!

And what was the Zakaria liar writing about that was so important he felt the need to borrow someone else’s work? Gun control. Let’s see who else do we know who’s told a lie or two about gun control?

Why that would be the highest attorney of the land, Eric Holder (first ever DOJ head held in Contempt by Congress).  Holder finds it difficult to come clean on Fast & Furious due to his long-held beliefs regarding the Second Amendment and the right of citizens to bear arms.

I can hardly wait to see the Paul Ryan treatment (there goes granny off a cliff) by the Main Stream Media regardless of the fact that Obamacare guts $700 Billion from Medicare.

Comments Off on Lie, Cheat And Misrepresent; It’s What They (MSM) Does Best |

Dodge & Parry; Go Around Congress To Get What You Want

As we have learned, this administration is fairly deft at getting what they want even if Congress, the Supreme Court and ‘We The People’ say differently.

“Obama Administration will be working hand-in-glove with the United Nations to pass a new “Small Arms Treaty.”

This is naturally couched in terms of fighting terrorism, insurgency, and international crime syndicates (get a clue– secure the border and start profiling those you know are likely to be terrorists!), but it’s really a massive, GLOBAL gun control scheme.

What do you think Ted would have say about ‘Hil’s idea? This Small Arms Treaty will enact tougher licensing requirements (duplication, added cost and paperwork), confiscate & destroy all unauthorized firearms and create an international registry. Our only hope is to stop it in the Senate because the President will never veto this.

According to the Washington Times, he has already by executive order, banned the re-importation of American made M-1 Garand and Carbine rifles used during the Korean War and stored in South Korea. These are considered antique, collector rifles and popular with history buffs and the Civilian Marksmanship Program which has bought them to teach kids about shooting, history and gun safety.

Lest you think this is overblown and unimportant, don’t forget during Hurricane Katrina law enforcement officials went door to door confiscating privately owned, legally registered guns from the public.

Attorney General Eric Holder has said he does not believe the 2nd Amendment gives individuals the right to bear arms. What about you? Take this USA Today pole.

Comments Off on Dodge & Parry; Go Around Congress To Get What You Want |

Gun Confiscation Coming to a City Near You

Most Americans do not know that during hurricane Katrina the government in the form of police and National Guard went armed, house to house forcing people from their homes and confiscated all firearms.

Please click here to vote in the USA Today poll:  Yes or No. Does the Second Amendment give individuals the right to bear arms? You bet your bootie it does and you better be willing to stand up for that right or lose it. 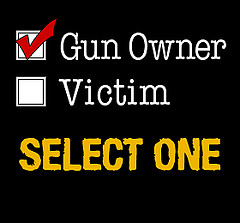 As I learned on Hawaii Free Press recently, a local group, Hawaii Concealed Carry, was formed this year to promote the safe and responsible bearing of firearms, working to assist in the restoration and exercise of their fundamental right to keep and bear arms. Hawaii residents are encouraged to apply to their local County Police departments for a permit to carry a firearm, openly or concealed, for the purpose of protecting yourself and your family. See pages 2 &3 of the Request Guide for the application requirements. Other states need to do likewise. Contact the National Rifle Association for more information.

Did you see the rioting in the streets in London earlier this week? You think this only happens in Greece, Ireland and London, England? Or that it can’t happen here in America? You’re wrong. Things are coming unglued. People who have been promised and given so much by the government for so long turn ugly when the government finally says,

“You know what? We can’t keep doing this. We’re out of money. The revenues coming in no longer cover what we have promised to give you. You are going to have pay and benefit cuts, you must contribute to your pensions and health care, and you can’t retire at 55. Tuition in state schools will go up. To receive welfare benefits you may have to show up and do volunteer or community work -pick up trash, man after school programs, drive the elderly to medical appointments.”