We Thought We’d Have More Time 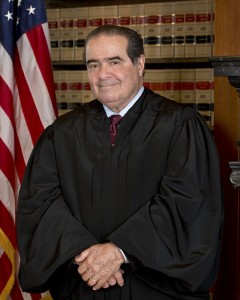 Of course the president gets to nominate Supreme Court Justices so that means Obama will have another big opportunity to enshrine his ‘fundamental transformation’ of America. The Senate must confirm the nominee but can we be at all sure that this Senate led by Senator Mitch McConnell will do anything other than give Obama exactly what he wants as he has done from day one?

All I can say is we certainly thought and hoped that a Constitutional Conservative would be elected as our next president and that would mean more conservatives on the Supreme Court. Many of the groundbreaking high court decisions of the past few years have been 5-4 decisions (Obamacare & same-sex marriage are but two, basically amounting to one very, very powerful person making landmark decisions that affect every one of us.

Many very important cases are on the docket this session and it’s anyones guess now how those will now be decided. How do you think Justice Sotomayor is going to rule on Obama’s  policy of deferring deportation for millions of immigrants illegally present in the United States? The Court just recently temporarily blocked the implementation of the administration’s Clean Power Plan which gives the EPA the power to shut down coal plants and shutter numerous energy related businesses. Under the Constitution, the EPA has no power to make laws, but how will this case be adjudicated now without Justice Scalia?

This is a sad surprise we didn’t need before the election.

Comments Off on We Thought We’d Have More Time |