Are You Sick ‘n Tired of Our Newspapers Filled With Worldwide Muslim Violence?

Has killing and maiming in the name of Allah will become the new normal? The Muslim Caliphate (the ultimate Muslim dream) is to bring every square inch of this planet under Islam and convert/subdue all remaining Infidels under the all-inclusive Sharia Law. 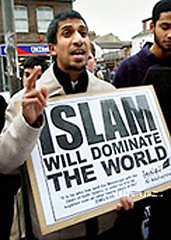 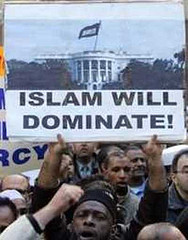 What can you do?

Join ACT! for America and educate yourselves about American Laws for American Courts (ALAC) and help ACT institute ALAC in all 50 states.

ACT! for America has played a key role in getting American Laws for American Courts passed in Tennessee, Arizona, Kansas, Oklahoma, and North Carolina. ALAC prohibits state judges from applying foreign law, which can include sharia law.

In addition to the 5 states where ALAC has passed, ACT! for America has identified several other states where ALAC has come close to passing or there are good opportunities for passage in 2014. This is an all-out GRASSROOTS EFFORT to persuade state legislatures to pass ALAC. Here are the states:

Why all the fuss?

There is a growing trend across America for judges to apply or support foreign law in cases such as family law. This is problematic because there are instances where foreign laws do not provide constitutional protections to all parties in such cases.

Over the past several years there have been over fifty cases in 22 states where sharia law was applied and consequently deprived America citizens of their Constitutional rights. With pressure from groups like the ACLU, CAIR, the Muslim Student Assoc & ISNA (Islamic Society of North America) that corrupt our country and institutions from within, it’s past time to forestall the destruction wrought by enforcing only American Laws & the US Constitution in our American Courts!