I don’t know which is worse being unable to sit after back surgery long enough to get a decent blog going, or having my hard drive crash after downloading a Norton anti-virus renewal, thereby having the choice completely taken away!

But what I do know is I am so sick of hearing the apologist Democrats still blaming things on Bush! I mean come on, get a grip. People were actually saying the reason Coakley lost in Massachusetts was a back-lash against the previous 8 years. Hello, if they hated Republicans so much why then oh geniuses of the left, did they replace Kennedy with a Republican? It just doesn’t compute.

Then in the Washington Post this morning E.J. Dionne, gumba that he is, blathers on with the tired, old storyline that Republicans in Congress are now empowered to continue their course of obstruction. How in the world can you call them obstructionists when they haven’t even been included in the process? All those deals behind closed doors to secure Senate votes for Health care

can be laid entirely at the feet of the Democrats because Republicans weren’t invited to the party!

The other phrase they can’t help regurgitating over and over is that the Republicans are the ‘Party of NO’. That too could not be further from the truth.

Conservatives have offered alternatives from the beginning that make sense as the Heritage Foundation points out. They have continually called for portability of insurance to create real competition among insurers. (OMG just imagine what the Hawaii health-care landscape would look like if HMSA had any real competitors!) Another reform that made sense, The Patients’ Choice Act of 2009 (H.R. 2520 and S. 1099), has long advocated a universal system of tax credits for health care regardless of income or employment status -and not based on who donated the most to Obama’s election campaign. Tort and medical malpractice reform is only given lip service by the Democrats, but until you get meaningful tort reform and limits on outlandish awards for pain and suffering, you only force medical practictioners to continue costly defensive medicine and naturally, the cost going up, up, up.

Now lest I be taken for a Republican, I am not. I claim to be Independent and a conservative, but from recent history at least, the only alternative is to vote Republican this next go-round. And I hope Republicans get a clue this time because if they want to keep taking earmarks, ignoring their constituents and only working for more power and their own re-election, we’ll have to do the same to them-

Aloha, “Mikie”
email:  Mike@MikeSells.com
Get Off Your Butts!

Comments Off on Get a Grip! |

Love Letters From The White House 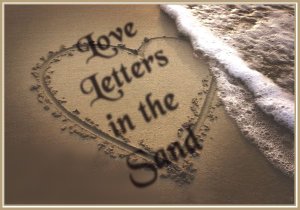 Emails from the White House -better than Love Letters in the Sand!

I guess this is part of Obama fulfilling his government transparency campaign promise. Don’t ask me how I got on their list, but every now and then I get emails from the White House. A recent one was to spread the real truth about Obama-care.

It is signed by David Axelrod, senior adviser to President Obama and directs me to various websites and provides 3 separate ‘lists of eight’ (eight must be an auspicious number -I’ll have to research that one!):

Thank you for the websites debunking health care myths. I will study them and decide for myself who is lying and distorting what.

One thing however, that would make all lawmakers jobs easier (not to mention transparent!) would be if ALL BILLS PROPOSED WERE WRITTEN IN LAYMAN’S TERMS, i.e., PLAIN ENGLISH, NOT GOVT-SPEAK! I have tried to read and make sense of House Bill 3200, “America’s Affordable Health Choices Act of 2009” (1037 pages if I recall) and it’s difficult at best and honestly downright impossible to follow. This is probably intentional and if not it shows how out of touch Congress is with the American people.

Now simply stated, here are 3 easy things if implemented would really cut down on the ballooning cost of Health Care:

1)  TORT REFORM. You have got to give Doctors a reason not to practice defensive medicine. The American Trial Lawyers Association won’t like this (whoops I’m sorry, that’s most of Congress isn’t it?) but you cannot control costs without it.

2)  NO FREE TREATMENT FOR ILLEGAL IMMIGRANTS. It’s humane to provide care for illegal immigrants, but they must pay for it.

3)  INSTITUTE A NOMINAL CO-PAY SYSTEM. Anyone receiving any health care will pay a nominal co-pay fee for services rendered. This will drastically cut down on frivolous visits to hospitals, ERs, doctors, clinics, etc., and can go toward covering or subsidizing those who cannot pay for insurance.

That’s it for now!
Aloha, “Mikie”
email:  Mike@MikeSells.com
Now Get Off Your Butts!
Bookmark this blog
Use it to make your voice heard
Share it!

Comments Off on Love Letters From The White House |