Their plan to conform America to Islam

No doubt you heard of the 2 newly elected darlings of the Democratic party (hat-tip American Thinker) because they made themselves known in a very public way almost immediately. 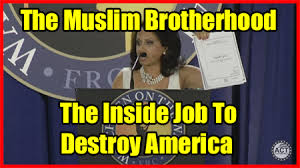 Congresswoman Rashida Tlaib (D-Minn.) wore the Palestinian flag on election night. She has a map in her office on which she has crossed out Israel and replaced it with the name “Palestine” on a sticky-note saying “Israel has no right to exist”. Ilhan Omar, the first Somali-American elected to congress in Minnesota’s 5th Congressional District turned her victory rally into a display of Islamic solidarity & triumph. You may also recall that she’s been under investigation for campaign finance violations while still in the Minnesota House, and is accused of marrying her brother, committing immigration fraud (to become a U.S. citizen), and polygamy after marrying the father of her child.

Why so critical you may ask? We already had 2 other Muslims in Congress, Andre Carson & Keith Ellison. Well because this has always been their plan. In court documents entered as evidence in the 2008 Holy Land Terror Funding Trial we learned the Muslim Brotherhood’s “Strategic Plan for America”, to “Take over America from the Inside”. That’s why according to PoliticalOutcast.com they have been setting up schools in the US and using our freedoms against us.

In order to reshape America and make it Islamic, the process of Islamization must begin with the children. Many public schools teach the 5 Pillars of Islam and have children enact Islamic prayers under the guise of understanding world religion. Year after year more Islamic-trained young people will make their way into American society and begin to take over the centers of power. We’re already seeing it in politics, BIG TIME!

Here is the list of Muslims who won political office in 2018:

note:  Those judiciary wins are extremely significant considering how judges don’t seem to be concerned about the Constitution anymore and look to foreign law and “precedent” in many of their rulings.

If you don’t think they have an agenda to conform America to Islam, you really do need to get your head out of the sand.

Comments Off on Their plan to conform America to Islam |

I’ve been sounding the clarion call trying to alert you all as to the Creeping Sharia going on all around us. Without a Republican opponent, Rashida Tlaib is virtually guaranteed a seat in Congress and now we’ll have the first Muslim woman elected to Congress. She’s an anti-Israel Palestinian, and there was no Republican opponent. How does that happen?) Boy was the RNC asleep at the wheel here or what?

And why are we supposed to so thrilled with the “first” this or that? Didn’t Hillary already wear out that theme thoroughly? Apparently not, so here we have a Socialist Islamist going to Congress representing Michigan replacing Rep. John Conyers, the 89-year-old Democrat who retired in December, citing health reasons. (Yeah, it wasn’t gonna be healthy for him to hang around because of all allegations of sexual misconduct.)

Some of her bona fides in Socialism circles include serving on the board of the Detroit-based Sugar Law Center. Named in honor of legendary pro-communist labor lawyer Maurice Sugar, the center is an affiliate of the National Lawyers Guild, a nationwide alliance of leftist lawyers originally established by the Communist Party USA.

According to The Epoch Times, Tlaib is also well connected to the Muslim left, particularly the radical Council on American-Islamic Relations (CAIR). She has attended CAIR events in Michigan and in California.

A Marxist-leaning, pro-Palestine radical is about to enter the U.S. Congress. To which congressional committees might she be appointed? Homeland security? Intelligence? Foreign affairs? Education? Judiciary? If members of Congress had to undergo security background checks to serve on sensitive congressional committees, it’s likely Tlaib would run into all sorts of problems. But we no longer have any checks & balances in our government.

Comments Off on Trading a serial sex-offender (Rep. John Conyers) for a Socialist Islamist |

More and more Islamic candidates in our US Elections

Abdul El-Sayed lost his primary election bid for governor of Michigan, but it doesn’t mean he’ll be going away. He would have been thrilled to win and move forward to the general election in November, but now he’s got a solid group of supporters, fundraisers and followers who will serve as his team next time around. El-Sayed was recently a special guest speaker at a fundraiser for a Nation of Islam (NOI)-affiliated mosque. 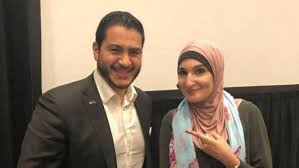 He has often been alongside radical left-wing activist and sharia apologist Linda Sarsour (co-founder of the Pussy march in Washington), in fact he made her his campaign manager. The Muslim Center he helps raise funds for has several ties to the Muslim Brotherhood.

According ClarionProject.org, a court in the UK has just ruled according to sharia law for the first time. There are some in the USA that think we should have sharia law apply in some instances. The Michigan physician arrested for performing female genital mutilation (FGM) is still fighting her case with plenty of support. 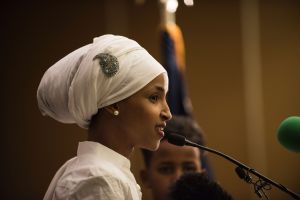 CAIR, the Council on American Islamic Relations (and a Muslim Brotherhood sponsored group) has been fundraising for Ilhan Omar, who is running for Congress in Minnesota. Omar, who in 2016 became the first Somali-American in the country elected to a state legislature, now seeks to succeed Ellison as a US Congresswoman is vying for controversial Congressman Keith Ellison’s seat in the House of Representatives as he moves toward his aspiration to become the state’s attorney general. You see they get elected to lesser positions, often in local politics (school board, city council, etc.), get a little experience and name recognition and then move on up into higher political positions where presumably they will have more influence. Don’t give them an inch because this is their goal of Creeping Sharia, infiltrating all aspects and institutions of American life to eventually seize power from within.

Faleh Hassan Almaleki, an Iraqi immigrant in Phoenix, awaits a plea deal today in Maricopa County Superior Court accused of killing his daughter because he believed she was too Westernized. In another case, 2 sisters in Texas were riddled with bullets and left for dead on New Year’s Day 2008. On the 911 call, one of the sisters named her father as the killer.

Continual bowing to political correctness is not going to have a good outcome. It just won’t, and the sooner we recognize it the better for all of us.

Witness this KFC employee in Sydney, Australia in response to a customer who ordered bacon on her burger. This restaurant is known as “halal friendly” so does not serve bacon or pork in accordance with Islamic law.

It’s difficult to understand, but clearly this employee is berating the customer for the gaffe and gets further enraged as someone begins filming the outburst. The employee was suspended and later offered counseling -give me a break!

Why mention what may be a few isolated incidents? Because they’re not isolated! They are more and more common. It’s creeping Sharia (the modern term used to describe the slow, deliberate, methodical advance of ISLAMIC law in non-Muslim countries). It’s creepy and creeping. Bit by bit they’ll take us down as they infiltrate our legal system, schools, military and political system. Gradually demanding more and more in the name of diversity, multiculturalism, civil rights, or what ever. Until they have us thinking we need to adopt Sharia law in our country; applying only to the (growing) Muslim community -initially anyway. Halal food in the schools, separate swimming pools in our communities, foot baths in our universities (U of M has them, paid for by taxpayers!), and on and on. Drip, drip, drip till we are shaking our heads wondering how we got there. Just ask the UK or the Netherlands.