How many ways can one describe their gender or sexual orientation? Call me old-school, the simple M or F, works just fine for me. But ok, this is the 21st century and I’ve evolved and I know all about LGBT, gay marriage, civil unions, transgender bathrooms, etc. But really, 58 gender options available on Facebook? Oh wait, that’s not even right. Facebook found that even 58 gender options was too limiting. They’ve added an “other” box where you can write in anything you like. Just like the old Army’s slogan:  Be all that you can be!

So in case you’re wondering what they are and what they mean, here you go! Here’s a sampling and you can use up to ten in your profile.

I know, but let’s face it you have to dig pretty deep to come up with more than 58 options. Some of them are bound to be really out there!

Facebook twice censored an image and message that the President and lame-street media do not want out there -especially before the election. 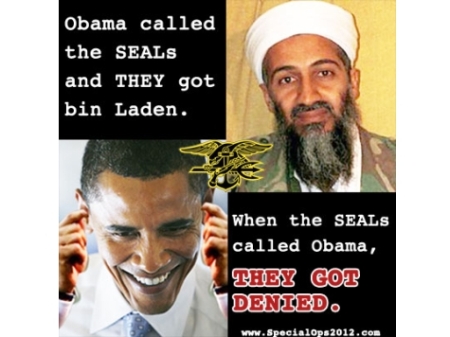 After posting the image above to their Facebook page in response to the Benghazi cover-up, FB removed it with a warning. Facebook then shut site shut down after a 2nd posting by SOS. But when it reappeared on various other sites online (hat-tip The Blaze) along with criticism for their attempts at “sacrificing the truth – and Americans abroad – in the name of politics”, Facebook put it back up, offering this apology:

“Hello,
A member of our team accidentally removed something you posted on Facebook. This was mistake, and we sincerely apologize for this error. We’ve since restored the content, and you should now be able to see it.
The Facebook Team”

Really? Haven’t we really had about enough of this bull-crap? Sign the petition to force the truth exposing President Obama’s abandonment of the SEALs and the cover-up, and DO NOT TRUST THE ALPHABET MEDIA!

Facebook ripoff a big surprise? No it’s just another nail in the coffin (preceded by the likes of Bernie Madoff, Jon Corzine & the SEC, Fannie & Freddie, Chris Dods, Barnie Franks, Jamie Dimon and Morgan Stanley to name a few) for the integrity of Wall Street and in fact, the rule of law.

Let me recount the facts. Shares of FB have fallen approximately 17% in a week (not supposed to happen in an IPO). But don’t worry, the 1-yr target is 45 -HA!

First of all, Morgan Stanley severely over-valued & over-sold a company which produces no product. And when it became apparent the stock was faltering, Morgan Stanley notified selected analysts who passed it on to major investors & the elite (read: insider trading). Then NASDAQ had a trading glitch (wink-wink) for 17 seconds -a lifetime in the nano-second world of computerized stock trading, but very convenient. Bottom line the 99%-ers got the broom-handle up the wazoo again!

Ok, election 2012 five months out and it’s pretty clear they will stop at nothing. There’s no level they won’t stoop to, though they’re having to put out some fires, like Newark’s Mayor Cory Booker slamming Obama’s mis-characterization of private equity. (ALL candidates including Obama & Booker receive huge money from private equity firms)!

Did you notice YouTube has scrubbed this & removed the audio portion?!! WHY?? Because Booker, an Obama supporter went off the reservation and criticized Obama’s continual slamming of Bain Capital. Now YouTube only shows Booker reading from a script on his laptop after the fact, back-pedaling as fast as he can.

But, moving on, a new law before Congress, H.R. 5799 would require all universities and colleges that receive federal funds (duh, that would be about all of them), repeat, would require these schools to offer and encourage voter registration to their students essentially turning the schools into “Voter Registration Agencies” and allow “same day registration” on election day! The bill has 130 co-sponsors, all Democrats. No voter ID required -just pass for a student.

And if that doesn’t do the trick. Check this out. A Spanish company called SCYTL has acquired the leading vote processing company (SOS) in the United States and will be counting a majority of the votes cast in November. With all the cyber attacks and hacking going on, this doesn’t exactly make me very comfortable. And do you suppose Spain (25% unemployment & massive debt) may have an interest in the outcome of our elections? With this global “spread the wealth” crowd currently in office and the alternative if not re-elected, I think the answer may be YES.

~Remember:  The government has NO resources. They produce NOTHING (just like Facebook). They can only take from one group and give to others they feel more worthy of their largess (buying votes). Support tax reform!

I was amazed to learn that 70% of facebook subscribers are outside the United States. I was not surprised to see that one of Mark Zuckerberg’s likes listed on his facebook page was facebook. If it had earned you $6.9 Billion you’d like it too!

But more interesting to me is that facebook has become the tool fueling (along with Twitter) major change in other countries. According to a Los Angeles Times story, Wikileaks website’s release of thousands of U.S. diplomatic cables for all the supposed damage it did has also exposed the corrupt underbelly of many Arab regimes.

There is no free press or other outlets for truth in these countries, many of which are repressive police states. So it was 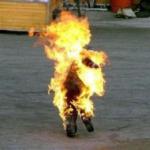 The revolution has brought hope to all Arabs who had long ago lost any enthusiasm that they would ever be able to get rid of authoritarian domination.

Jordanians, Libyans and Algerians have taken to the streets now emulating the Tunisian model.

Anti-government protesters in Egypt are clashing with Egyptian riot police as we speak, calling for reform. Sectry. of State Hillary Clinton and other American diplomats of course are walking a tight rope here because much like the US backing of corrupt Karzai in Pakistan, we have backed (to the tune of $1.5 billion/year) Mubarak’s ever more repressive government over the last 30 years, all the while looking the other way when it came to human rights and liberty.

The people living under these despotic regimes have Wikileaks, facebook and twitter to thank for doing what decades of delicate diplomacy, conflicting motivation and interests in the Western world has failed to do.

Let’s hope these uprisings for more democracy won’t be ‘Iran 1979’ all over again with Islamic extremists hijacking the movement. They are the most organized and best-funded and they are opportunists who know exactly what they want- Sharia Law.

Comments Off on More Wiki Fruit- Hope in Arab Regimes |