More of the Crap Going On in Our Universities

This video is 8 years old and yet it still holds true today. In fact, more so today as the US takes in more & more Muslims as refugees, students and H1-B visa holders. An analysis of the most recent census data by the Seattle Times found that foreign-born workers account for 71 percent of workers in the San Jose area’s Information Technology (IT) occupations. Of course not all of them are Muslim, but some are. The point is the United States is becoming more anti-Semitic and our universities are a breeding ground.

Oh, and BTW it’s not just at our universities. A Dearborn, Michigan CATHOLIC high school is trying to shame students into “modesty ponchos” (read mini-burkas) for their prom should the girls show up less than modestly attired.

President Trump’s recent travel ban, deceivingly called a Muslim ban by the left includes only a small fraction of the Muslim-majority countries and includes Venezuela and North Korea. Yet the judicial over-reach in this country is so extreme that this will only be decided by the Supreme Court, which on any given day is decided by one vote. An examination of the extensive power given to the president under the statute federal statute (8 U.S.C. §1182(f)), gives the president the authority to suspend the entry of any aliens or class of aliens into the U.S. if he believes it “would be detrimental to the interests of the United States.” And he can do so “for such period as he shall deem necessary.”

President Trump is trying to do what is best for America but is challenged every step of the way by the Trump-haters and RINOs who still can’t get over the fact that they lost the election to an outsider who is shaking up everything.

On the other hand our military and Special Ops, FBI, CIA, etc., are at a disadvantage having too few Arab speakers which became glaringly clear after Sept. 11, 2001. Let’s face it we’re all gonna learn Spanish by assimilation, hopefully before the PC crowd makes it our official language, but Arabic is a critical-need language not likely picked up on the street.

That’s why Abdul what’s his face, you know the Ground Zero Mosque guy can go on the Hannity Show and apologize in English for what he said after 9/11 (it’s America’s fault) and praise Hamas and Hezbollah, etc., and then turn right around appearing on Al-Jazerra, speaking Arabic of course, and lie his ass off and laugh at how gullible the Americans are. You know that taqiyyah thing. The ends justifies the means when it comes to lying to infidels to advance their cause. And it seemed to have been effective. Hannity swallowed the act hook, line and sinker.

And here’s another thing, as the UN (even though overly subsidized by the US) gets more and more Arbized we better have a boat-load of Arab speakers coming up through the ranks of our military (hopefully not like Major Hassan practicing his Arabic as he screamed “Allah Akbar” mowing down 13 Americans at Ft. Hood) and Special Ops or we’re toast here pretty soon.

~Remember:  The government has NO resources. They produce NOTHING. They can only take from one group and give to others they feel more worthy of their largess (and votes). Push for tax reform.

Comments Off on Arabic Required in Manhattan Government (Public) Schools -Good or Bad? |

Didja Ever Hear of People Wanting to Get Out of America? Hell No!

So far I’m not too excited about anyone running for President. Okay, wait, that’s not true. I am very excited about one person. His name is Barrack Hussein Obama.

He’s running this country into the ground, diminishing the American dream. The American Dream for us and everyone on the outside looking in. Did you ever hear of people trying to get out of America the way they want out of Mexico or Cuba or Iran or Somalia -hell no. Everybody wants in! We are/were the shining city on the hill to millions of people around the world.

Now we’re the cash register, ka-ching. It’s all about globalism, redistribution of wealth, internationalism, a transnational legal process -we’re all in this together bull-crap. No we are not! I don’t want the UN telling me we have to recognize the Palestinian State when the Palestinian Authority has joined forces with Hamas (a terror group based on Islamic fundamentalism and too cozy with Iran) in a unity government aimed at pushing Israel into the sea. I don’t want international courts superseding ours and deciding the fate of Americans and you shouldn’t either.

The American Dream was plain and simple.

It used to be anyway. It was freedom, then it became home ownership, then it morphed into home ownership (or college or medical care, etc., etc.) paid for by somebody else. Government has grown and grown and snared more and more people into the web of freebies and government give-aways. Why do you think amnesty is so important to politicians? It’s cheap labor for mega-corporations and a huge voting block which will side with unions and government because of the hand-outs. Is this how you envisioned this country when you were a kid in your classroom pledging allegiance to our flag and country. I don’t think so.

What About The Bullying Here? Israel Will Take It Only So Long

It’s like an unruly child causing commotion while his mother is distracted by another more immediate problem, in this case Libya. I’m talking about dozens of rockets showered down on Jerusalem by Palestinian militants beginning last Saturday shortly after coalition forces hit Libya with cruise missiles in an attempt to establish the no-fly zone over that country to save “civilians” from murder by their own leader. No doubt some of the same civilians who gave a hero’s welcome last year to the released Lockerbie bomber returned to Libya after dirty dealings between Obama, Cameron and BP with oil interests winning out over justice.

But the resumed rocket fire into Israel only days after the brutal knife murder by Palestinian terrorists nearly wiped out an entire family in their sleep, was barely covered in the mainstream news. Our local rag had only a 1×3″ column on about page 13 about the renewed bombings. 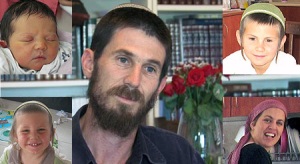 And here’s something else-Air Egypt has quietly removed Israel from its flight maps. It’s gone! Egypt Air – the official Egyptian airline – has deleted Israel from its travel destinations. The airline’s website no longer features the Zionist state among its flight options temporarily suspended following the revolution that broke out in January.

The story in The Blaze, asks “Is this an accident, prophetic or wishful thinking?” How many times have you heard Hamas/Hezbollah/Iran, etc., say they intend to wipe Israel off the map? I just don’t understand all the anti-Semites in the world, but I really don’t understand it in America. Talk about bullying. But they better be careful because, like the Australian kid, Israel is only going to take it so long then we’re all in a heap of trouble.